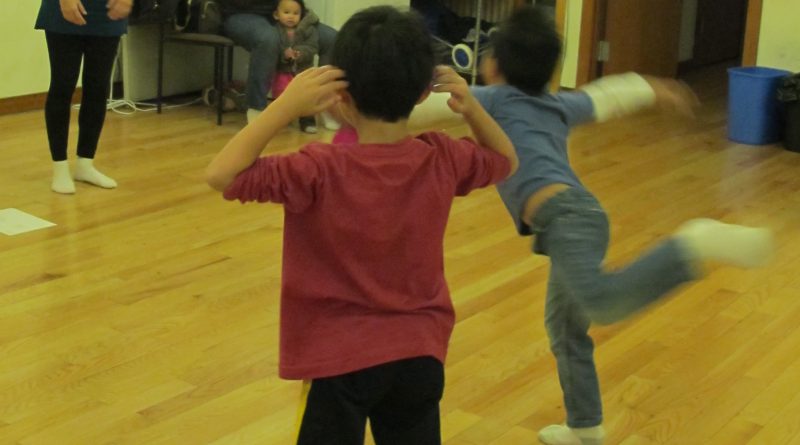 This paper challenges the simplistic narrative of Asian Americans as a singular high-achieving racial group in terms of college attainment. It focuses on Filipino Americans, a subgroup that literature suggests experiences a pattern of downward inter-generational mobility, due in part to racialized segmented assimilation. Analysis of micro-level data from the Bureau of the Census supports the hypothesis that U.S.-born Filipinos are less likely to have a bachelor’s degree than Filipino immigrants and other U.S-born Asians, even after controlling for age, sex, region of birth, and race/ethnicity of parents. The study’s findings point to the necessity to move beyond stereotypes and to instead examine the complex relationship between ethnicity and race.

In June 2012, Pew Research Center released a report entitled “The Rise of Asian Americans” that heralded a positive socioeconomic portrait of Asians in the United States. Based on an analysis of the 2010 American Community Survey (ACS), the well-respected research organization proclaimed Asians as the best-educated racial group in the nation (Taylor et al. 2012). The data shows that Asian Americans as a group leads all Americans in holding bachelor’s degrees or higher by more than 20 percentage points. These base numbers and Pew’s glowing report arguably reflect and confirm several common perceptions of Asian Americans: that they are a smart and hardworking racial group, they play by society’s rules, and they push their children to succeed.1 The report implies that these seemingly inherent qualities enable Asian Americans to reach the markers of educational achievement that all Americans aspire to—and that since they are clearly getting ahead, there is little need to worry about their socioeconomic prospects.2
One major problem with the above assertion is that it buries competing explanations of educational attainment deep in the text, privileging one based on culture and individual drive over structural explanations. As noted in earlier scholarly writings, much of the socioeconomic achievement of Asian Americans is anchored in highly selective migration after the 1965 Immigration Act eliminated racially biased restrictions. The pattern involves creaming the best educated and most ambitious from the sending country through explicit and implicit U.S. policy and law (Ong et al. 1984; Hing 1993; Hing and Lee 1996). This occupational-based immigration has enabled foreign graduate students in American universities to stay permanently as needed high-skilled labor and opened the door for those with advanced degrees from the best Asian colleges and universities. In turn, these immigrants become family sponsors, creating a modern chain of migration that favors the upper classes and educational elite (Liu et al. 1991). Although many highly educated immigrants have encountered problems translating their training into comparable jobs, they nonetheless are not forced to start at the bottom of the economic ladder.
Given some immigrants’ “head start,” the issue of educational attainment should be evaluated not just by comparing Asian Americans to other racial/ethnic groups. An equally important question is whether there is intergenerational upward mobility, or if subsequent U.S.-born generations rise from their parents’ socioeconomic status (SES). The statistics do not give a resounding positive answer. Among those 25 years and older, 49.4 percent of U.S.-born had at least a bachelor’s degree, only marginally higher than the 48.9 percent for foreign-born (Taylor et al. 2012, 10). This apparent lack of dramatic progress raises doubt about improving beyond the base built by selective immigration.
An equally important problem with the assertion is that it offers only a static view of achievement relative to the total population or the non-Hispanic White population. It fails to adequately analyze intergenerational changes, including the possibility of downward educational mobility from one generation to the next. Several studies have documented that educational attainment for Asian Americans stalls or declines by the third generation (Yang 2004; Takei and Sakamoto 2009), along with a shift away from the technical and scientific fields (Sakamoto et al. 2009). Moreover, educational mobility varies across Asian ethnic groups due to segmented assimilation, the idea that different immigrant groups may assimilate into different classes in their new society based on the structural resources and barriers presented to them (Zhou 1997). The Asian American contingent is made up of well over 20 different ethnic and national-origin groups, each of which comes from a specific immigration, historical, and cultural context (Zhou 2004). The act of lumping these many groups together to form one “race” may have certain political benefits, but it has the pitfall of obscuring important intragroup differences that can pose unique and frustrating barriers to some subpopulations. A closer look at these differences is needed in order to recognize the wealth of diversity that exists within a racial group often singularly dubbed as America’s “model minority.”3
Given Asian Americans’ ethnic diversity, it would not be surprising to see systematic differences in intergenerational trajectories. Upward mobility is a given for ethnic groups with a high percentage of immigrants who have little or no formal education, such as some Southeast Asian refugee groups. The intergenerational increase is partly the product of compulsory education in the United States. Moreover, some of these immigrants were minorities in their home counties, encountering restrictions to higher education and suffering a “glass ceiling” on college attainment. Another possible phenomenon that is equally interesting is intergenerational downward mobility for ethnic groups with highly educated immigrants. This could be particularly true if the U.S.-born children encounter racial or ethnic discrimination, thus creating hurdles to completing college.

The quantitative analysis starts with bivariate comparisons based on data from the 2006-10 American Community Survey (ACS) public use micro-sample (PUMS). A PUMS data set contains micro-level (individual level) observations of persons and households, and its main advantage is the ability for an analyst to customize tabulations for statistics not published by the U.S. Census Bureau. Released on an annual basis, the ACS is a continuous survey that collects detailed demographic, socioeconomic, and housing data. This includes place of birth, educational attainment, sex, age, and racial/ethnic background. The ACS PUMS contains roughly a 5 percent sample of the total population. This analysis focuses on U.S.-born adults (25 years and older) who identified themselves as Filipino alone (parentage only Filipino) or Filipino in combination with one or more additional racial/ethnic groups. We also use information tabulated from the 1990 PUMS to examine adult Filipino immigrants, which is used to approximate the educational attainment of the foreign-born parents. The 1990 PUMS is based on a household survey during the decennial census and contains data similar to the ACS. The data set contains 5 percent of the population. For both periods and groups, the key indicator is having at least a bachelor’s degree.
Table 1 provides an overview of educational attainment for Filipinos and other Asian adults based on the 2006-10 ACS, and the statistics are consistent with the hypothesis of downward mobility for Filipinos.8 The overall college completion rate (percent with at least a bachelor’s degree) is slightly lower for Filipinos than for other Asians (46.9 percent versus 50.0 percent). However, the pattern is different when broken down by nativity. Among immigrants, the completion rates are roughly the same, with approximately half having at least a bachelor’s degree. It is worth noting that the proportion of foreign-born Filipinos is lower at the two extremes of the educational attainment distribution (less than high school and graduate degree). Among U.S.-born adults, the completion rate for Filipinos is substantially lower than for other Asians (37 percent versus 53 percent). Moreover, the completion rate for U.S.-born Filipinos is substantially lower than for Filipino immigrants, indicating group-level downward educational mobility across generation defined by nativity. The pattern is the opposite for other Asians, indicating group-level upward mobility.