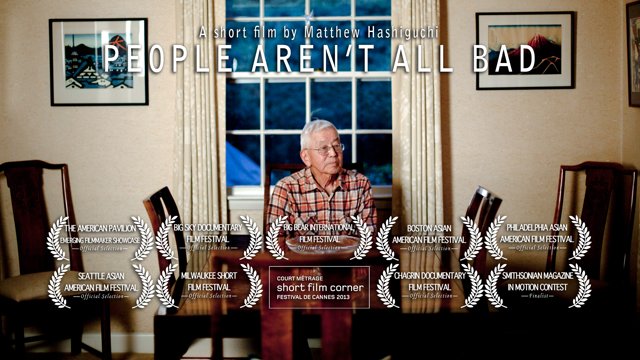 In celebration of our upcoming 25th anniversary, the Asian American Policy Review is showcasing work from up and coming Asian American and Pacific Islander filmmakers of all backgrounds. Our first entry is from Matthew Hashiguchi, a documentary filmmaker and adjunct professor at Emerson College.

“This short documentary was a bit of an exercise, both personally and professionally.

Personally, I wanted to become comfortable in discussing the Japanese American experience. I’m a yonsei (fourth generation) half-Japanese-American and had a large portion of my family incarcerated during World War II. And, while that experience was over 70 years ago, the experience of being Japanese American continued to be a struggle well after the War ended. Even into the late 90s and early 2000s, derogatory comments directed towards my Japanese heritage were commonplace. So, discussing these experiences was a difficult and personal obstacle that I had to overcome.

Throughout the making of this short film, I knew I wanted to produce a larger, feature-length film on my own family’s experience as Japanese Americans. However, I first had to discover if the broader Japanese American story was one worth telling, and if it was, could I tell it. Fortunately, in People Aren’t All Bad Yutaka Kobayashi’s ability to articulate his own tremendous story and experience revealed to me that the Japanese American story beyond the World War II era is certainly worth telling and that I should certainly be the one to tell it.