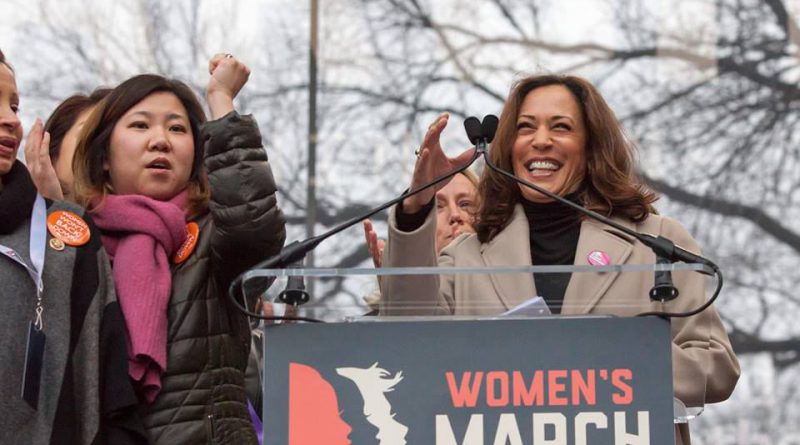 Every election season, it seems there’s another article about AAPIs “making their voices heard.” It’s a term I’ve grown to dislike, not only because I have seen it before, but because the idea of AAPIs “making their voice heard” reinforces the stereotype that AAPIs would otherwise be silent, docile, or meek were it not for an election. And like the headlines, the assumption is the AAPI voice disappears, only to re-emerge again in another four years.

Ten days into President Donald Trump’s term in office, however, AAPIs have not stopped “making their voices heard.” They have inserted themselves in the policy discussion from the start, and continue to influence U.S. policy and politics. Whether Republican or Democrat, politician or activist, here is a list of some AAPIs who have set the foundation for both domestic and foreign policy in President Trump’s first ten days:

(1) MILCK – When we look back at the Women’s March in protest of President Trump, there will be a few things we remember. The pink hats. The creative signs. And the march’s unofficial anthem: “Quiet” by MILCK.

Connie Lim (aka MILCK) is a Los Angeles-based singer-songwriter and the daughter of Chinese immigrants. In the song’s description, she explains that she originally wrote the song “Quiet” about her experiences with abuse, anorexia, and depression as a teenager. After the election, Lim decided to share her song at the Women’s March as a way to provide hope and support to her fellow marchers.

Performed throughout the day with 26 singers from LA and Washington, DC — with only a few Skype rehearsals between them — MILCK’s performance resonated with millions of Facebook viewers and various news outlets that have dubbed it the unofficial anthem of the Women’s March. Since then, MILCK has begun a movement called #ICANTKEEPQUIET to celebrate “unique voices and identities” and “break the cycles of oppression perpetuated by today’s media,” suggesting an emphasis on minority storytelling and policies that support women of color.

(2) NIKKI HALEY – Former South Carolina Governor Nikki Haley put the international diplomatic community on guard last Friday, her first day as U.S. ambassador to the United Nations, when she said the U.S. would expect its allies to support it, and be “taking names” of the allies who did not.

At her confirmation hearing, Ambassador Haley reiterated the importance of the United States as “the moral compass of the world,” sharply criticizing Russia for war crimes in Syria; Philippines President Rodrigo Duterte for extrajudicial killings; and the United Nations for what she sees a disproportionate number of resolutions against Israel, compared to other nations.

Where Haley will likely have the most leverage is U.S. funding to various U.N. programs. The United States currently pays 28% of the U.N. peacekeeping budget and 22% of its regular budget. A draft of an executive order obtained by the New York Times proposes at least a 40% cut to voluntary funds that pay for a range of programs like food and blankets for refugees to child immunizations. During her confirmation hearing, she added a caveat to her support for climate change: it must not negatively affect American businesses. And perhaps most importantly, Haley questioned the value of certain programs to American national interests, asking “Are we getting what we pay for?”

With an eye towards cost-benefit analyses, Haley’s influence over the United States’ symbolic and monetary commitments to the world will likely be a significant one.

(3) KAMALA HARRIS – California Senator Kamala Harris has become one of the most vocal opponents of the Trump administration, joining widescale protests and releasing a series of press releases critical of the President’s cabinet picks and executive orders. In a recent statement, Senator Harris warned her constituents, “On Holocaust Memorial Day, President Trump enacted an executive order that will restrict refugees from Muslim-majority countries. Make no mistake – this is a Muslim ban.”

Harris is poised to play an important role in the next four years, as California Governor Jerry Brown markets the state as somewhat of a defiant state. While Harris and Brown agree with the President on the need for infrastructure plan, the similarities stop there. Sharp differences exist on issues of immigration and climate change, among others. In his “State of the State” address, Governor Brown argued more forcefully that California would not stand for many of the President’s actions. Officials are currently studying ways to cut off federal payments and organizers are currently gathering signatures to put a vote to secede on the 2017 state ballot.

Putting 2020 presidential buzz aside, given the importance of her state in the next four years and her leadership in the Democratic opposition thus far, Senator Harris will certainly be an AAPI policymaker to watch.

All Members of Congress in the Quad-Caucus are members of the Democratic Party. Whether continued collaboration between the groups continues is yet to be seen, but the actions of Quad-Caucus leadership suggest there is room for a continuation of unified policy initiatives.