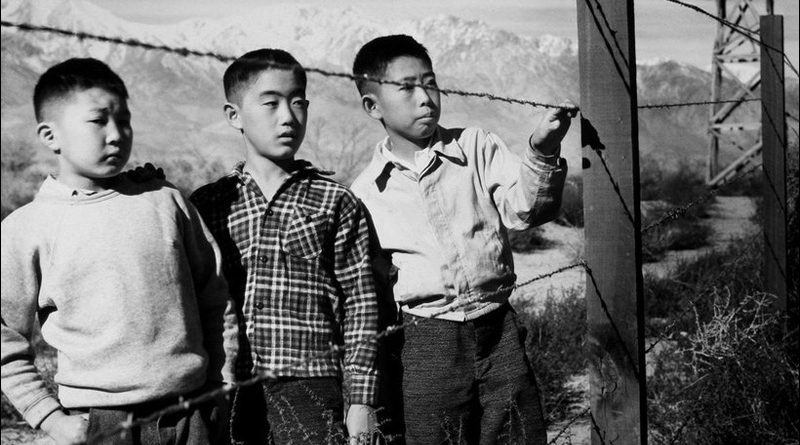 Note from the Editor: To keep our online blog more dynamic, we will be focusing on two sources for stories. The first will be an aggregation of up-to-date articles relevant to AAPI policy, gathered from news outlets across the web. The second is original, student-written content on AAPI policy issues — a bit more intermittent, but important and thoughtful as always.

As we approach February 19th, the 75th anniversary of the signing of Executive Order 9066, now referred to as the Day of Remembrance, you’ll see a lot of media talking about the Incarceration of Japanese Americans. However, you’ll notice that sometimes the terminology isn’t consistent. Why do some people say “internment” or “relocation”, while others say “incarceration” and “forced removal”?

Here are some of the most common points of confusion, and explanations of why many in the Japanese American community use and avoid specific terminology when talking about our history.

What most people don’t realize is that the term “internment” has a very specific meaning. It only refers to the confinement or impounding of “enemy aliens” during a time of war. “Internment” does not refer to the imprisonment of our own citizens. Of the 120,000 who were imprisoned, about 80,000 were indeed American citizens by birthright, while the other roughly 40,000 were barred from citizenship until the law changed in 1952.

“Incarceration” correctly refers to the imprisonment of all 120,000 Japanese Americans who were affected by Executive Order 9066. This correctly acknowledges that these people were mostly citizens, and does not portray them as “enemy aliens.

2. “Relocation” or “Evacuation” vs. “Forced Removal” or “Exclusion”

As you might remember, a public school teacher wrote a horrible op-ed titled “Was the Relocation of West Coast Japanese Racist?” (Yes, it was.) The first problem I noted with his writing was the term “relocation” in the title.

First of all, by definition, neither “relocation” nor “evacuation” include the continued imprisonment of Japanese Americans. “Relocation” is used when talking about a longer term plan to move a population, usually to protect them from some kind of harm. “Evacuation,” on the other hand, suggests a short-term removal of persons from an area for their own safety (typically from a natural disaster).

The government knew there was no threat to the West Coast from Japanese Americans, but suppressed the evidence and forced thousands of citizens and legal residents to abandon their homes and their land without due process. That’s why in this case, “forced removal” or “exclusion” are appropriate terms that reflect the compulsory nature of the order, and reject that it was “for our own good.” They were indeed excluded from the West Coast, and would have been arrested for trying to return.

To read the entire article, check out the original post here: http://blog.angryasianman.com/2017/02/fdr-called-them-concentration-camps-why.html