Home > Articles > Perpetually Foreign: What the rise of xenophobia teaches us about being American 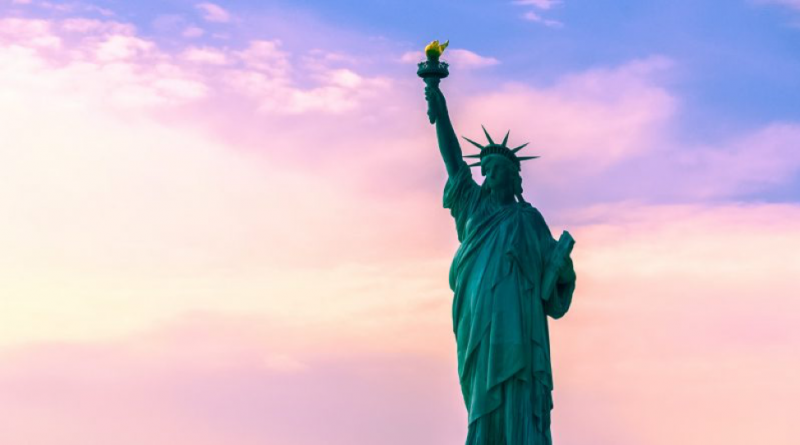 This piece is cross-published on the Kennedy School Review

My mom delivered me onto a kitchen floor at 4 AM. She had spent the previous day working as a farm laborer, but I arrived before the paramedics could. When she peered into my face, she knew I was PaHua. In Hmong, the name refers to the cool breeze that blows pollen and leaves adrift during rice harvesting. PaHua evoked a longing for home.

I never saw the violence that spilled over into Laos during and after the Vietnam War, forcing my parents to flee to Thailand. By then, they were living in Portland, Oregon, which meant I had a birthright to citizenship, even if I was born on ugly linoleum flooring.

I cherish my citizenship. It means I will never experience statelessness like my family did or be separated from my parents like the thousands of migrant children under President Donald Trump’s “zero tolerance” immigration policy. In April 2019, court documents revealed the Trump administration estimated that it may take up to two years to review 47,000 cases of unaccompanied children placed in US custody between July 2017 and June 2018.

Current US immigration policy is built on two pillars: utility and public sympathy. Utility because the law gives preference to foreign individuals with desirable skills. Sympathy because since 1980, in response to humanitarian crises, the President has been entitled to increase the number of admitted asylum seekers.

At its heart, US immigration policy is also often transactional. Immigrants can plead their case, but their entrance is treated as part of a larger agenda involving political, security and economic factors. That is because American identity is fluid and shaped in considerable measure by a rich confluence of immigrants. Controlling who comes into the country is a powerful tool for manipulating this identity.

President Trump has perpetuated the belief that certain immigrants are repugnant. So repugnant that he shut down the federal government in an attempt to gain funding for a border wall. So abhorrent that he wishes to rescind birthright citizenship in order to deter migrants. So undesirable that his administration separated thousands of migrant children from their parents as punishment. Now, he says America is “full” and his Attorney General wants to hold asylum seekers indefinitely in jail cells to discourage them from coming at all.

This is not the first time xenophobia has reared its ugly head in America. I am reminded of two questions Japanese Americans were required to answer during WWII as they were sent to internment camps: “Are you willing to serve in the armed forces of the United States on combat duty wherever ordered?” and “Will you swear unqualified allegiance to the United States of America and faithfully defend the United States from any or all attack by foreign or domestic forces, and forswear any form of allegiance or obedience to the Japanese emperor, to any other foreign government, power or organization?”

Whatever our race, whatever our heritage, our identities should not preclude us from being American. Nor should those identifiers be used to forcibly separate families. Conflict-induced migration is already a deeply traumatic experience.

As a little girl, I remember watching my parents cry over a cassette tape recorder as they listened to voices from across the ocean. Before cell phones, families would mail or pass on such cassette tapes through networks of friends in order to communicate with their loved ones. Many loved ones were left behind in Southeast Asia after the war while others resettled to places as far away as French Guiana.

Through the years, I have grown from that baby born on a kitchen floor in 1988 to a graduate student at John F. Kennedy School of Government at Harvard University. Yet I never forgot my parents’ longing, for which I was named. In 2017, I took them on a trip to reconnect with lost family. In the town of Amboise, France, as I watched my parents cry and hug my dad’s nephew and his family they had not seen since 1979, I also sobbed with joy.

Violence precipitated my family’s diaspora. We will tragically remain separated, longing to reconnect and nostalgic about our roots, but resilient transplants in our new homes. I honestly cannot think of lovelier and more American stories than those like ours.

PaHua Cha is a Master in Public Policy candidate and Gleitsman Fellow at the Harvard Kennedy Center for Public Leadership. She is passionate about immigration reform and expanding access to healthcare through grassroots organizing, public policy, and innovation