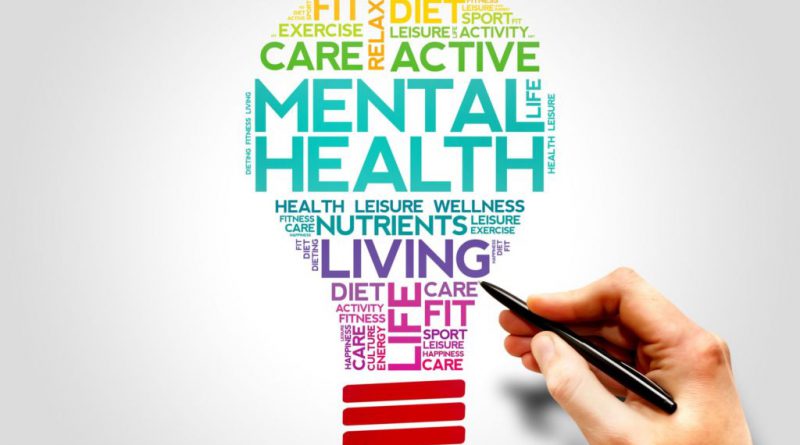 This piece was published in the 29th print volume of the Asian American Policy Review.

Perhaps most importantly, individual and institutional conversations that aim to radically shift the culture around mental health in the AAPI community will be the greatest avenue for change.

According to the Pew Research Center the Asian population in the United States grew 72% between 2000 and 2015. More than 20.4 million individuals in the US identify as being of Asian descent and the prominence of the Asian American community is growing along with its numbers. However, understanding of mental health, especially advocacy for emotional health and wellness, remains lacking in AAPI communities. Phenomenon such as the model minority myth overgeneralizes the experiences of Asian Americans as being exceptional and thus presents AAPIs as not needing support from counseling professionals.[iii] Furthermore, the “invisibilizing” of the wide range of struggles within the ethnic subgroups that identify as Asian American that results from focusing on a single Asian American category ignores the unique mental health needs of the members of those groups.[iv]

In order to move the AAPI community forward in the effort towards health and wellness, this review seeks to inform readers on the psychological state of Asian Americans and Pacific Islanders, current programs and organizations addressing the mental health needs, and future recommendations for advocacy.

The National Latino and Asian American Study (NLAAS) reported that Asian Americans have a 17.3% lifetime rate and a 9.2% yearly rate for overall mental health disorders. Yet a study conducted by Abe-Kim and colleagues revealed that only 8.6% of Asian-Americans sought out mental health resources compared to 18% of the general population nationwide.[v] Suicide also remains the most common cause of death for Asian American Pacific Islander adolescents, the only racial or ethnic group whose leading cause of death is suicide.[vi]

Researchers have made strides in social science research seeking to understand mental health issues in Asian-identifying communities. For example, University of Maryland’s School of Public Health conducted focus groups with 174 participants from eight different Asian American ethnic groups and examined common sources of stress that were related to mental health. Responses included parental pressure to succeed academically, the taboo nature of discussing mental health in the Asian American community, pressure to live up to the model minority myth, family obligations to traditional values, discrimination due to their racial and cultural backgrounds, and difficulties in developing a bicultural identity.[vii]

Furthermore, subgroups of Asian Americans have differing factors that contribute to their mental health. For example, immigrant status is a significant predictor of mental health across Asian American groups. Immigrant groups reported racism-related stress (e.g. having to deal with microaggressions and lack of diversity in work and academic settings) and acculturative stress (distress which occurs from the process of continued exposure to a second culture) as being significant predictors of mental health.[viii] Other scholars have found that among Japanese, Vietnamese, Chinese, and Indian immigrants, older adults had higher levels of depression when compared to non-Asian samples.[ix] On the other hand, for U.S.-born Asian Americans, factors such as bicultural self-efficacy (ability to internalize aspects of two cultures) was found to be a significant predictor of mental health.[x] The aforementioned studies and this article only scratch the surface of the complex experiences and heterogeneity within Asian Americans at large.

What then, serve as protective factors against such distress? What embodies a strengths-based approach when examining the mental health of Asian American communities? In fact, psychological research is beginning to de-prioritize the pathologizing of marginalized communities in favor of highlighting sources of strength that help protect community members. For example, bicultural adaptation is linked to protective factors such as increased social competence, high self-esteem, development of social support, and positive relationships. One study conducted a qualitative analysis of the narratives of Asian American college students who had attempted suicide. Researchers reported that social support, insight, and self-reliance were all helpful in times of crisis.[xi] Additionally, cultural resources, such as a multidimensional ethnic identity and other-group orientation (having a positive attitude and a willingness to interact with those from other ethnic groups), served as protective factors for Asian Americans facing experiences of discrimination, depressive symptoms, and social connectedness.[xii]

However, Dr. Josephine Kim, a professor at the Harvard Graduate School of Education and an internationally-recognized Licensed Certified Counselor, claims that unfortunately, those in counseling and other related helping professions have failed to identify interventions that are successful in shifting Asian Americans’ cultural, collective, and personal attitudes towards seeking psychological services.[xiii] The aforementioned statistics are troubling in many ways and the psychological research findings warrant critical thought from those of us in the healthcare, public policy, and advocacy-related fields about how to best address the unmistakable mental health needs for the AAPI population.

It is natural to ask then, why there has been such little improvement or action despite the millions of Asian and Pacific Islander Americans struggling with mental health issues. There is no clear answer for this yet, but several local and national initiatives have started to address these needs.  The Surgeon General’s Office recommended greater investigation of factors in which take a toll on Asian American mental health in 2001.[xiv]  Since then, there has been a push to stud immigration experiences, levels of English proficiency, and discrimination in Asian American psychology and related fields. This research has been translated into evidence-based practices such as the Healthy Minds Initiative (HMI) was launched in July 2018 from the Substance Abuse and Mental Health Services Administration. HMI was created with two goals in mind. The first of these is to increase mental health literacy broadly for Asian American and Pacific Islanders. HMI then hopes to address stigma around mental health and cultural barriers in accessing treatment for the Asian American and Pacific Islander population. Through partnerships with the Asian Pacific American Officers Committee (APAOC) of the US Public Health Service Commissioned Corps, the Montgomery County Health and Human Service’s Asian American Health Initiative, the National Institute on Minority Health and Health Disparities, and AAPI community organizations, HMI is training APAOC staff in mental health first-aid. Staff are then charged with disseminating knowledge to community members. The Healthy Minds Initiative is currently being piloted in Montgomery county.

The White House Initiative on Asian Americans and Pacific Islanders is another program designed to address the needs of the AAPI community. As a part of an executive order signed by President Barack Obama in 2009, the Initiative has also been adopted by the current administration and works to improve the quality of life and opportunities for Asian Americans and Pacific Islanders. However, this Initiative covers broad areas of focus, and does not especially target mental health needs. There have been no formal updates or reports on the effectiveness of the aforementioned programs thus far.

Outside of federal efforts however, there is a growing body of local efforts in prioritizing mental health for the Asian American community. The Asian Women’s Health Initiative Project for example, is a five-year study funded by the National Institute of Mental Health and is directed by Boston University’s Dr. Hyeouk Chris Hahm. The Asian Women’s Action for Resilience and Empowerment (AWARE) project originated in this project and aims to improve the mental and sexual health of Asian American women in a culturally sensitive way. The Massachusetts General Hospital’s Psychiatry department houses the Center for Cross-Cultural Student Emotional Wellness acts as an association for clinicians, educators, and researchers with working to understand emotional wellness in minority communities. Another initiative in the Boston area is the Harvard Graduate School of Education’s Let’s Talk! Conference led by the aforementioned Dr. Josephine Kim and HGSE graduate students. Let’s Talk! is a conference exclusively focused on the developing of positive social and emotional outlooks and emotional wellbeing for Asian Pacific Islander Americans.

However, agency and programmatic solutions must be coupled with community-based action. There must be change around the culture of mental health in the AAPI community. This can happen in several ways. The first of these is through psychoeducation. Having access to information about the biological, neurological, and physical deteriorative implications of negative mental health is the first step in having the AAPI population recognize the importance of advocating for resources. In fact, the Asian American Journal of Psychology published a study in 2017 that gathered qualitative data from an Asian immigrant group in California. Researchers found that community-based education that honors and preserves confidentiality and culture was found to be received favorably among subjects.[xv]

Furthermore, community involvement through civic engagement is another important aspect of advocacy for AAPI mental health. Asian American and Pacific Islander elected officials who are aware of the distinct challenges that community members face, will not only increase representation for the community, but can also the advocate for policy solutions.

Finally, and perhaps most importantly, individual and institutional conversations that aim to radically shift the culture around mental health in the AAPI community will be the greatest avenue for change. Making space to acknowledge the unique wounds, the pressures, and difficulties woven into the experiences of Asian and Pacific Islander Americans will be the first place of restoration. Factors such as stigma, linguistic barriers, and the role of shame and guilt will be powerful initial steps towards deconstructing the invisible illness that plague many in the AAPI community.

What is not revealed, cannot heal.

Hannah received her BA in International Studies and a minor in Asian Studies from the University of Florida and her Masters of Education degree in Prevention Science and Practice from the Harvard Graduate School of Education, specializing in Prevention Research. At Harvard, she was the 2018 Let’s Talk! Conference chair and an executive board member for the Pan-Asian Coalition for Education. Hannah is now a doctoral student in the Counseling Psychology program at Georgia State University, where she is being trained as a mental health clinician and researcher, studying the effects of acculturative stress, efficacy, sense of belonging, self-esteem, and mental health implications in the Asian American community. She also serves as a Board Member for the Korean American Coalition of Metro Atlanta, and has presented at the Asian American Psychological Association and with the National Asian American Pacific Islander Mental Health Association. She has a passion of working with the Korean immigrant community, providing psychoeducation, and culturally competent mental healthcare.