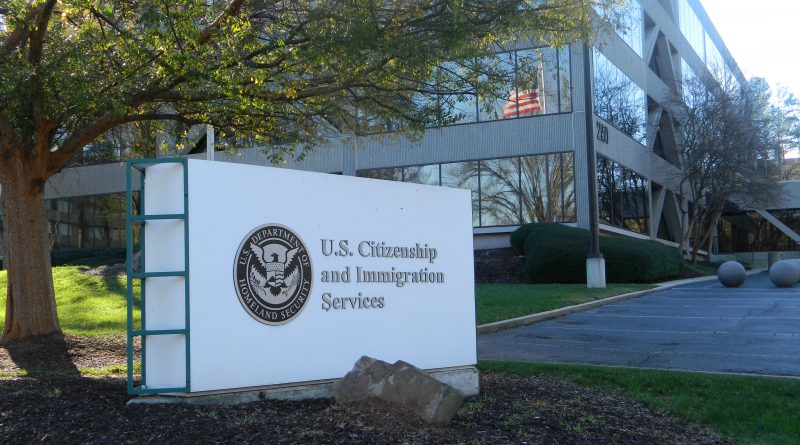 Despite the “model minority” myth attached to AAPIs, an estimated 3.8 million AAPIs live in families that have at least one family member receiving public benefits.

Asian American Pacific Islanders (AAPI) have long been a part of the fabric of the United States. Since the early days of gold mining and building the Transcontinental Railroad, AAPIs have been an important, but often forgotten part of the American story. Millions of AAPI have immigrated to the United States to seek opportunity for a better life, and many more will continue to do so. AAPIs are the fastest growing non-white demographic in America today. Though AAPIs currently make up 7% of the U.S. population, they are expected to double to around 14% of the population by 2065. [i] [ii]

In California alone, AAPIs already make up around 15.8% of the state’s population of nearly 40 million, more than double the national average.[iii] Over half of these AAPIs are immigrants born in another country, but now call the United States home. In my hometown of San Jose, California, approximately 35.9% of the 1.03 million residents here are AAPI.[iv] I am but one of nearly 370,000 Asian American Pacific Islanders living in the tenth largest city in the United States. AAPIs are an integral part of our local community and are involved in all parts of civil society as public servants, legal advocates, and community leaders.

Although AAPIs are a large and growing population, AAPI families throughout the nation face increasing pressure from the federal government. Numerous rules have been put into place restricting immigration into the United States. This multi-pronged attack on immigrants and immigrant families has come in many forms. From a travel ban implementing near blanket restrictions on entrants from entire countries, to separating families and detaining children in cages, the federal government has been pushing its anti-immigrant agenda with fervor. Another key and overlooked part of this anti-immigrant agenda is an attack on low-income immigrant families and public benefits.

Despite the “model minority” myth attached to AAPIs, an estimated 3.8 million AAPIs live in families that have at least one family member receiving public benefits.[v] Nationally, there are around 10.5 million children in families receiving public benefits who have at least one non-citizen parent.[vi] These families struggle to do what so many others take for granted, like accessing health care, putting food on the table or having somewhere warm and safe to sleep for the night.

While millions of AAPIs struggle with the necessities of life, the federal government has attempted to make it more difficult for these low-income immigrant families to enter the country and to apply for green cards. The administration is attempting to accomplish this by drastically redefining public charge, a relatively obscure part of immigration law, in order to make it more restrictive and punitive towards immigrants.

Public charge has long been a part of federal immigration law. Since 1882, federal immigration law has formally barred admission to immigrants who were likely to become “public charges.” The public charge rule remains a part of immigration law to this day. 8 U.S.C. § 1182(a)(4)(A). Public charge was never formally defined by statute, but was interpreted by the federal government as someone likely to become primarily dependent on cash assistance or long-term institutionalization at government expense for subsistence for decades. This understanding has served as the legal definition under a written policy adopted by the federal government in 1999. Field Guidance on Deportability and Inadmissibility on Public Charge Grounds, 64 Fed. Reg. 28,689, 28,689 (May 26, 1999). Under this legal interpretation, immigration authorities look at the totality of the circumstances in determining whether someone should be considered a public charge and should be denied admission to the United States. They would look at someone’s age, their health, family status, financial status, education, work skills, and whether they had an affidavit of support, an immigration document in which a sponsor promises to financially support the immigrant. 8 U.S.C. § 1182(a)(4)(B)(i). The negative use of public benefits was also limited to a narrow scope of public benefits programs, primarily through direct cash assistance to recipients, like through Supplemental Security Income (SSI) and Temporary Assistance to Needy Families (TANF), and through long-term government-paid institutional care under the 1999 Field Guidance.

In contrast to this long-standing and relatively limited legal interpretation, the Trump Administration’s new public charge rule attempts to redefine public charge itself by adding additional public benefits programs for negative consideration, more explicitly defining negative and positive factors for public charge assessment and going well beyond the boundaries of the Immigration and Nationality Act and the Administrative Procedure Act.

Under the new public charge rule, the federal government would punish certain types of immigrants and explicitly favor others. Immigrants seeking admission to the country and applicants for green cards would be favored if they are wealthier, better educated and generally in better health with private unsubsidized health insurance. People who are younger (under 18) and those that are older (over 60) would be disfavored, along with those with more limited English and lower education levels. Applicants in poor health and without private health insurance or the means to pay for their old health expenses would also be heavily disfavored.

Receiving certain public benefits for 12 months within a 36-month period in the aggregate would also be severely disfavored, and would make admission to the country uncertain and legal permanent residency increasingly difficult to obtain. The new expanded list of public benefits considered for public charge includes pubic benefits that do not provide cash aid or long-term institutional care. The expansion includes federally funded Medicaid, which provides health care for millions of low-income families, though there are exceptions for emergency services, children under 21, pregnant women and new mothers. The addition of Supplemental Nutrition Assistance Program (SNAP) jeopardizes the ability of families to put food on the table, while the addition of Section 8 and federal public housing could mean families face the impossible dilemma of choosing between either homelessness or lawful immigration status. The aggregate part of the new public charge rule could mean that a single mother could receive Medicaid and SNAP for just six months, which could be necessary for life-saving medical treatment and to put food on the table for her family, but would count as the full twelve months under the rule due to the receipt of two benefits per month.

Fortunately, the public charge rule is not applicable to all immigrants, and is not applicable to U.S. citizens at all. The rule only applies to (1) noncitizens seeking entry to the U.S., like on a visa, (2) immigrants seeking to adjust to legal permanent resident status and (3) legal permanent residents that were outside of the U.S. for 180+ days and seeking reentry to the U.S. The test does not apply to legal permanent residents seeking to naturalize, refugees, asylees, Violence Against Women Act (VAWA) self-petitioners, T-visa recipients (survivors of human trafficking), U-visa recipients (survivors of serious crimes), special immigrant juveniles and certain other non-citizen immigrants with humanitarian parole/status. While the public charge rule is only applicable to some types of immigrants, the reality is that the overwhelming vast majority of recipients of public benefits are not immigrants, but are instead U.S. born citizens.

Besides the millions of AAPIs that could be directly impacted by the new public charge rule, the chilling effect has expanded well beyond those that are or could be directly impacted by the new rule. Across the country, families not only are dropping or not renewing existing public benefits that could fall under the new rule, like Medicaid and SNAP, but are shying away from non-impacted public benefits and government programs altogether. From free/reduced-price school lunches to the Women, Infants and Children (WIC) Program, families are deciding to disenroll or not apply in fear of potential immigration consequences. This will have a devastating negative impact on the health and prosperity of the Asian American Pacific Islander community.

In light of the negative impacts, advocates from across the country have worked tirelessly to oppose the changes to the public charge rule. Asian Law Alliance submitted public comments vigorously opposing the new rule to the Department of Homeland Security during the public comment period, worked with the One Nation AAPI Coalition to travel to Washington, D.C. to speak with legislators about the harm this new rule will cause to API American families, and has worked to provide education and training about the proposed rule and its impacts to the community. The chilling effects of the public charge rule are real and have drastically impacted the lives of millions of AAPIs, even among those not directly impacted by the public charge rule. Asian Law Alliance stands with immigrants and will continue to fight the administration’s changes to the public charge rule. We hope that you will stand with us and the immigrants that make this country great.

Nghi Huynh is a staff attorney with the Asian Law Alliance, a nonprofit community law office that has served the low-income and AAPI community of Santa Clara County, California for over 42 years.