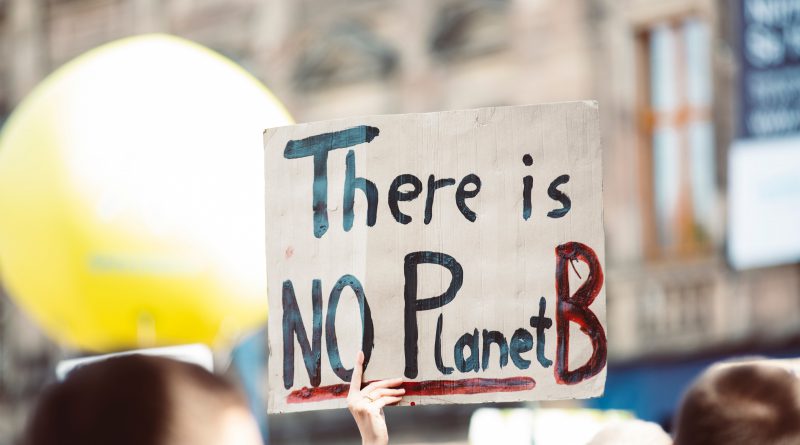 BY SYDNEY FANG AND CHELSEA LEE

Uniting  the  communities  who have been disproportionately burdened by the impacts of California’s dangerous and polluting energy system, the campaign demands “a safe, reliable worker- and community-owned energy system that benefits all Californians, especially the people most harmed by PG&E.”[i] We designed ten comic-style images that illustrate the Reclaim Our Power! campaign’s ten core principles to achieve an energy transition that is grounded in justice.

We chose to draw comics because the medium is creative and accessible for communicating with membership bodies of the anchor organizations, key audiences, and constituencies of the campaign including, young people, differently abled people, and low-income residents of color on the frontlines of pollution and climate change. As a medium, comics can cultivate imagination of what could be possible through images and multiple languages to activate immigrant and refugee communities.

We hope that this art can offer powerful provocations to challenge current narratives around climate justice in ways that words alone cannot. The following pages contain the images we’ve drawn in partnership with the campaign and their letter to the governor of California, calling for seats at the table to resolve the PG&E disaster. We invite you to support the campaign and learn more at reclaimourpowerca.org. 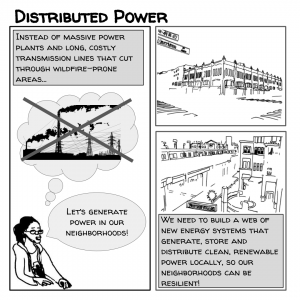 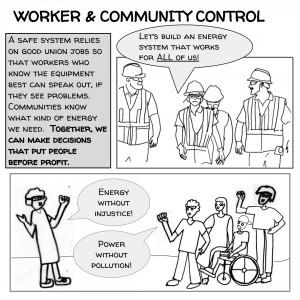 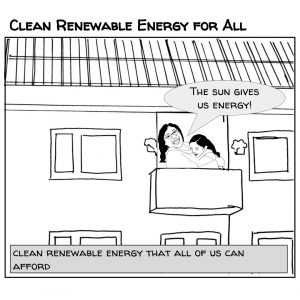 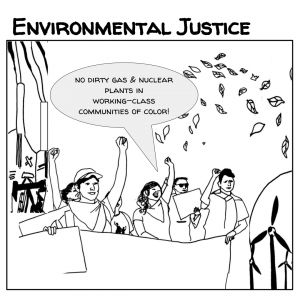 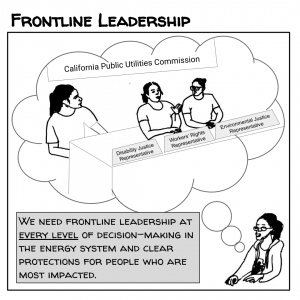 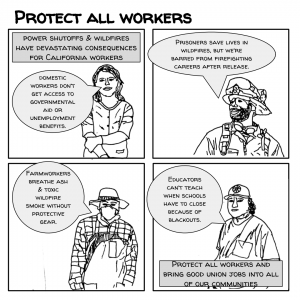 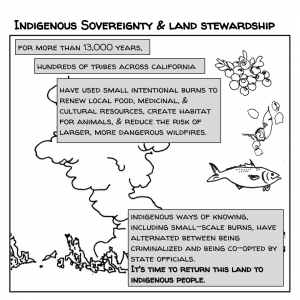 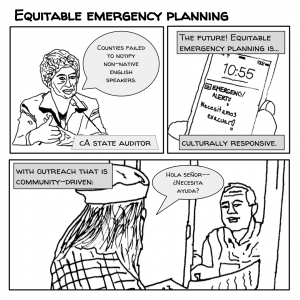 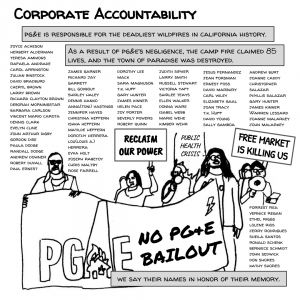 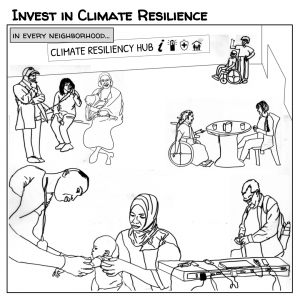