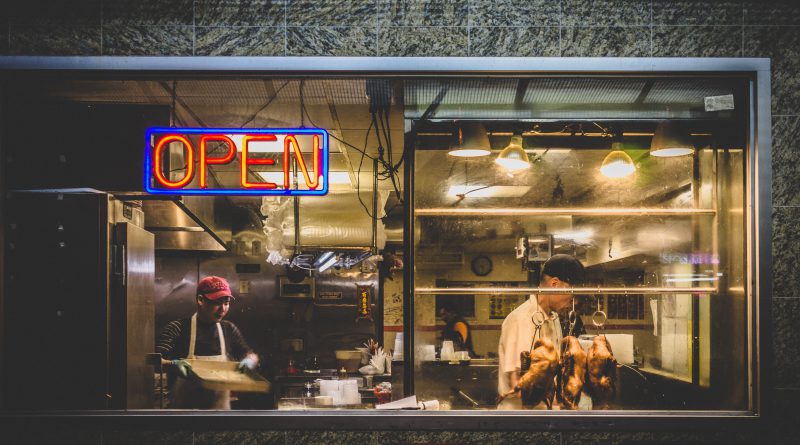 During their long and often turbulent history in America, Chinese restaurants have always found a way to survive and thrive.

Before the COVID-19 pandemic, over 40,000 Chinese restaurants were operating across America. That’s more than all the McDonalds, KFC’s, Wendy’s and Pizza Huts combined. Located in nearly every community and corner of the country, these ubiquitous establishments, big and small, are as American as apple pie, and, of course, more delicious.

The $15 billion Chinese restaurant industry, which includes many independently owned family businesses, was amongst the first to be hit, and hit hard, by the economic crisis wrought by the coronavirus. With some national leaders promoting the use of terms like “Wuhan virus,” “Hong Kong Fluey” and “General Tso’s Revenge,” the old stereotype of Chinese eateries being dirty and disease-ridden returned, negatively impacting businesses. According to Restaurant News, 50 percent of these Chinese restaurants shut down by Spring 2020.[i]

Luckily, there’s a new administration in charge and vaccine distribution has been ramped up. As state and local officials grapple with the best course to tackle the pandemic and chart our recovery, an important question emerges—is America destined for life without egg rolls?

COVID-19, and its sadly predictable accompanying racism, is just the latest challenge to visit these iconic businesses. Throughout their history, owners—including families like my own—have faced many tough challenges. In addition to the usual difficulties of operating a restaurant—hard labor, long hours, thin profit margins—Chinese establishments have also had to deal with the burden of racism and governmental policies that were often hostile to their success.

The first Chinese restaurant in America, the Canton Restaurant, opened in San Francisco in 1849. Thousands of Chinese men had left Southern China to mine for treasures on Gold Mountain. These bachelors needed a place to eat. By 1850, there were five such establishments. However, the growing wave of anti-Asian immigration policies, including the Chinese Exclusion Act, kept the community small and limited the number of Chinese restaurants to a dozen or so.

It wasn’t until 1915, when the federal government loosened the immigration restrictions to exempt restaurant owners, that the number of restaurants increased substantially. Suddenly, a wave of aspiring restauranteurs applied to come to America. While the number of restaurants increased, general anti-Asian hostility in the country kept these businesses relegated to Chinatowns on the East and West Coast. While the clientele was still primarily Chinese, it did expand to include other immigrants and the more adventurous non-Chinese.

World War II changed the industry’s trajectory. As the US and China became allies, there was a new openness towards Chinese people and Chinese culture. Chinese Americans benefited, as they were no longer seen as strangers or the enemy. The discrimination and hostility they often faced subsided, though sadly replaced by a rise in anti-Japanese sentiments. This led to an explosion in the number of Chinese restaurants, as well as their move into the suburbs.

It was during this wave that my family entered the restaurant business. Though my great-great-grandfather immigrated to Detroit in the late 1800s and opened laundries and grocery stores, my great-grandfather, Joe expanded the family business into promoting Chinese food. Joe and his two oldest children opened a small chop suey joint in the city’s Old Chinatown in 1940. The restaurant was named Chung’s, not Chin’s, after Joe’s American-born son-in-law, Harry, who spoke more English and convinced my great-grandfather to identify the restaurant after his family’s surname.

My ancestors understood they still faced lingering stereotypes and confusion about the Chinese and Chinese Americans. To make sure that potential White, Black, and Jewish customers wouldn’t be scared off, they made sure the ingredients were familiar to the American palette. No authentic dishes like chicken’s feet or bok choy appeared. Instead, since there were so many Southerners in Detroit, Chung’s menu featured a lot of fried foods smothered in gravy, including their most popular dish and local Detroit invention, Almond Boneless Chicken.

With its Americanized menu and anglicized names for the dishes, the restaurant was an instant hit. Diners came in seven days a week, lining up for exotic, though still safe, dishes like shrimp fried rice, breaded shrimp, and sweet and sour chicken. The restaurant stayed open until 4 a.m., feeding the late-night diners and bowling leagues. Our restaurant was one of those rare places in our segregated city where everyone felt welcomed. Black or White, rich or poor, gay or straight, Christian or Jew—we took anyone’s money.

Over six decades, our family sacrificed and worked hard to ensure the success of Chung’s. But like most small family businesses, its fortunes were often impacted by larger political forces beyond its control.

After immigration, the first major policy challenge came with eminent domain. As “White Flight” continued to decimate the city in the 1950s and 1960s, Detroit officials opted to build a freeway, to connect their former residents with the government and financial jobs stranded downtown. To accommodate the added concrete, the city branded Chinatown, as well as Paradise Valley, a nearby Black neighborhood, as slums. Ignoring the protests of its poor and working-class inhabitants, the city demolished both communities of color.

At the prodding of the city, my family relocated our business a few blocks east to a downtrodden area known as the Cass Corridor, the most crime and drug infested part of the city. Local officials promised to develop the area into an “International District” that could serve as a bustling tourist destination. Par for the course for the White power structure, those funds never came.

With little government support, our community was left stranded. So, we again turned to ourselves. The Chinese Merchants Association and the five other Chinese restaurants on the block pulled together to support programs like the Lunar New Year parade, the Moon festival, and the Miss Chinatown beauty pageant. The successful events they created drew people to come down to Chinatown, and their businesses thrived.

However, increasing racial tension in our city—fueled by inequity in housing and education policies—led to the city rioting in 1967. Just as now, protests and civil unrest swept across the nation. For five days, Detroit resembled a war zone, with the National Guard occupying its streets. The city instituted a curfew and my parents stayed home. It was the longest amount of time our restaurant closed.

Once again, my family was forced to adapt. After dusk, all the white-collared workers left the city for their homes in the suburbs. Except for a few special evenings like concerts at Orchestra Hall, there was no longer a dinner rush. In response, my parents adjusted their business hours, closing earlier and reducing shifts to save money. They also configured their business to accommodate more carryout orders.

With fewer residents and a reduced tax-base, Detroit faced major budget cuts throughout the 1970s. So, city officials shut down police substations all across the city, including the one in Chinatown. This led to a further increase in crime, with the city now christened “Murder City.” After being robbed at gunpoint twice—low by Detroit standards—our restaurant absorbed the cost of additional security measures. My dad hired a security guard to work during nights. Unfortunately, the new employee kept going into the kitchen and raiding our refrigerators. So, my dad had to fire him.

In the mid-1980s, business in the inner city got even tougher with the crack epidemic and the rise of AIDS. My family responded by moving into the drug trade: pharmaceuticals, that is. With changes in healthcare law, prescription drug companies could now directly market their products to doctors. The companies started hiring pharmaceutical representatives who hosted luncheons for doctors and hospital executives. Our restaurant supplied the food for the catered luncheons. Who knew that legal drugs were more profitable than illegal ones?

Still, Detroit continued to shrink, and my family did their best to hang on. However, crime was too high, and after being vandalized a few more times, they had no choice but to finally leave the city and move out to the suburbs. Once again, they adapted their menu, this time to accommodate the suburban tastes. Instead of fried foods with gravy, suburbanites wanted more vegetables and healthier options, as well as spicier regional cuisines.

Sadly, the restaurant’s run, at least as part of our family, came to an abrupt end in the mid-2000s after my dad was killed in a car accident. On his drive to work, after stopping at a store to pick up a few last-minute items, he was killed when a car rammed into the driver’s side. Without my dad’s presence, my mom didn’t feel like she could carry on and none of the six children wanted to run the business, as we had all earned out college degrees and moved on and mostly out of the state.

I was living in Los Angeles at the time but returned home to Michigan to sell the family business. It was a hard decision, full of so many memories, but we felt it was better to let Chung’s survive, even if it no longer would be in our family’s hands. The restaurant is now run by a Chinese immigrant family from Hong Kong hoping to realize their own American dream.

During their long and often turbulent history in America, Chinese restaurants have always found a way to survive and thrive. Today, with COVID-19, the owners again face deep challenges. I wish them the best, as their food is too good to disappear from the scene.

Curtis Chin is an award-winning writer/producer and community activist. A co-founder of the Asian American Writers Workshop, his films, “Vincent Who?” and “Tested” have been screened at over 500 venues in fifteen countries. He is currently working on his memoir about growing up in his family’s Chinese restaurant and coming out entitled, “Everything I Learned, I Learned in a Chinese Restaurant.” For more information, please check out his website at CurtisfromDetroit.com.