Home > Commentary > VP Harris Can Grant Citizenship to Over a Million Asian Americans. Will She Do It? 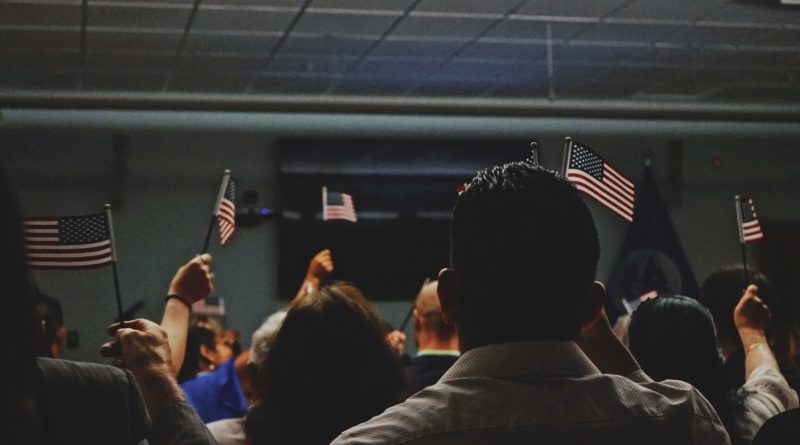 This piece is published as a digital exclusive of the Asian American Policy Review.

For the millions of undocumented immigrants who have lived in the shadow of deportation for too long, a major expansion of the pathway to citizenship cannot be further delayed. “How much longer am I willing to wait?” asked an undocumented community member interviewed by one of the authors. “The older I get and as time goes by, I want to have clear answers in my life for once. My family and I can’t wait anymore.”

Despite making up less than 7% of the total United States population,[i] Asian Americans constitute over 17% of the country’s undocumented population.[ii] In fact, one out of every seven Asian immigrants is undocumented.[iii] Undoubtedly, securing an inclusive pathway to citizenship is one of the major Asian American issues of our time. With Democrats in tenuous control of Congress and the White House, it seems as though the window for securing this pathway is rapidly closing. Concerningly, the Build Back Better reconciliation package may represent the last opportunity for Democrats to pass a pathway to citizenship during this session of Congress and possibly even this administration.

At this critical juncture, one person stands able to intervene, ensuring that this Congress yields citizenship for all: Vice President Kamala Harris.

This piece briefly outlines the legislative dynamics in play during this Congress as a means to contextualize the situation that Congress, immigration advocates, and the nation’s 11 million undocumented immigrants find themselves in now. We, along with 59 other immigration organizations,[iv] over 90 legal scholars,[v] and over 25 sitting members of Congress[vi] urge Vice President Harris, the proud daughter of immigrants,[vii] to utilize the power granted to her office to ensure that a pathway to citizenship is passed during this Congress.

How We Got Here: The Filibuster and the Byrd Rule in the 117th Congress

On January 5, 2021, Democrats won both runoff races in Georgia,[viii] resulting in a split 50-50 Senate composition. This victory occurred in no small part due to unprecedented turnout among Georgia’s Asian American voters.[ix] Since the vice president has the constitutional authority to cast a tie-breaking vote in the case of a split Senate vote,[x] those victories in Georgia handed Democrats a narrow majority in the Senate, as well as effective control over both houses of Congress and the White House for the first time in ten years.[xi]

However, due to the enduring power of the filibuster,[xii] this effective control does not mean that Democrats have free rein to implement policy. While a bill technically only needs 51 votes to pass the Senate, 60 votes are needed to cut off debate on a bill and move to voting. The filibuster is a technique by which any group of 41 or more Senators threaten to indefinitely extend debate on a bill, preventing the bill from ever being voted on and effectively killing it. The use of the filibuster rose dramatically in the period of divided government during the Obama administration,[xiii] and it is now commonly understood to be a given that any major bill will need at least 60 votes in the Senate in order to pass. Well, almost any major bill.

Where We Are: The Applicability of the Byrd Rule to Immigration

Through a process known as budget reconciliation,[xiv] the Senate can pass a bill with a simple majority, effectively bypassing the filibuster. This is why President Joe Biden, at various points in the year, has focused on implementing his key policies during this Congress through three budget reconciliation packages: the American Rescue Plan passed in March 2021,[xv] the Infrastructure Investment and Jobs Act which garnered enough votes to become law outside of the budget reconciliation process in November 2021,[xvi] and the Build Back Better Act (BBB).[xvii] This last bill, which focuses on social provision, would serve as the means by which Congress would implement a pathway to citizenship.

Unfortunately, each section of a bill being passed through budget reconciliation is subject to the Byrd Rule,[xviii] a Senate rule which states that a given section must have a budgetary impact that is not “merely incidental to the non-budgetary components of the provision.”[xix] In other words, the policy must have a substantial impact on the government’s budget. Furthermore, the impact of the policy on the government’s budget has to be more than “merely incidental” to its political impacts.

These standards raise a number of questions. What is the line between a “merely incidental” budgetary impact and one that is not incidental? How substantial does the budgetary impact have to be? These questions are left unanswered by design so that the Senate parliamentarian, an unelected advisor who provides guidance on Senate rules, can make a case-by-case advisory judgement.[xx]

From January 2021 until September of the same year, scores of progressive advocacy organizations[xxi] and scholars[xxii] meticulously constructed the case that expanding a pathway to citizenship would have more than a “merely incidental” budgetary impact and in fact would be a “perfect fit”[xxiii] for budget reconciliation. In addition to boosting economic growth across a variety of indicators, a major expansion of a pathway to citizenship would substantially[xxiv] impact direct government expenditures by increasing administrative and personnel outlays, along with supplying funds from the application fees provided by newly eligible immigrants.[xxv] Finally, there is precedent for immigration reform being proposed through budget reconciliation and nearly being signed into law.[xxvi] During the 109th Congress, the Republican-controlled Senate passed a reconciliation package that would have dramatically expanded the number of green cards available for applicants. While these provisions were ultimately stripped from the bill, these amendments faced no Byrd Rule challenge and passed the Senate with overwhelming support.[xxvii]

Despite the appropriateness of an expansion of a pathway to citizenship to the Byrd Rule, Senate Parliamentarian Elizabeth McDonough has twice attempted to block immigration from being included in the budget reconciliation process.[xxviii] Her opinion holds that the collection of citizenship provisions originally included in BBB “is a policy change that substantially outweighs [its] budgetary impact.”[xxix] We along with a number of prominent immigrant justice groups argue that the Parliamentarian’s reasoning on this point is flawed in that she grossly undervalues the economic impact that expanding a pathway to citizenship would have. Rather, she relies on an overly subjective notion of the policy impacts of immigration reform while downplaying its documented and proven economic impacts.[xxx] Key members of the House Democratic Caucus agreed with us,[xxxi] also taking issue with the Parliamentarian’s ruling. Fortunately, the Parliamentarian’s advice can be ignored by the sitting Vice President. Should Vice President Harris exercise this right, she will revive an important prerogative of her office, a right invoked by multiple predecessors.

Where We Go From Here: The Role of VP Harris in Securing a Pathway to Citizenship

According to statute, a 3/5 Senate vote is required to overturn a vice president’s ruling or waive the Byrd Rule.[xxxiv] Despite this, Vice President Humphrey yielded to his opponents after losing only a majority vote in 1967.[xxxv] Two years later, Vice President Humphrey again ignored the Senate parliamentarian for filibuster reform. This effort also came to naught thanks to “Southern Democrats and conservative Republicans.”[xxxvi] Despite these setbacks, Humphrey’s efforts firmly established the right of a sitting vice president to ignore a parliamentarian’s advice.

The most recent instance of a vice president invoking this authority occurred in 1975, when Vice President Nelson Rockefeller of the Ford administration ignored the parliamentarian and successfully enacted the filibuster reform attempted by Humphrey six years earlier.[xxxvii] Robert Dove’s testimony provides insight into why so much time has passed since a sitting vice president has exercised this right.

“It was Jimmy Carter who gave the first West Wing office to a vice president, Walter Mondale. That has continued to this day, and basically vice presidents have left the Senate. You just don’t see them. So it has not been my experience to have much of a relationship with a vice president over the years, because they’ve simply been gone,” remembered Dove.[xxxviii]

This history demonstrates that the vice president is wholly and undoubtedly empowered to make a decision contrary to the advice of the parliamentarian. While it is clear that vice presidents who exercise this prerogative face opposition, the threat of reprobation from a faction of the Senate should not deter Vice President Harris from exercising her authority. In demonstrating political strength and ignoring the Parliamentarian’s advisory opinion, Vice President Harris will arguably reaffirm and strengthen the role of the vice president as Presiding Officer of the Senate.

Should Vice President Harris wield her power, dissenting Senators would need to muster 60 votes to overturn her decision. If there has ever been a time for a vice president to assert their prerogative as Presiding Officer of the Senate, that time is now. Democrats have the rare opportunity of controlling the presidency and both chambers of Congress — a privilege that they may only enjoy for a few more months.[xxxix]

Given the total appropriateness of a pathway to citizenship in budget reconciliation,[xl] the popularity of citizenship across party lines, and the immediate need for the Biden-Harris administration to repair its record on immigration, there is a strong need for the Parliamentarian’s decision on immigration to be sidestepped. More fundamentally, however, there is a moral imperative for Vice President Harris to exercise the power of her office. For the millions of undocumented immigrants who have lived in the shadow of deportation for too long, a major expansion of the pathway to citizenship cannot be further delayed. “How much longer am I willing to wait?” asked an undocumented community member interviewed by one of the authors. “The older I get and as time goes by, I want to have clear answers in my life for once. My family and I can’t wait anymore.” From the Chinese Exclusion Act of 1882 until now, undocumented Asian Americans have endured trauma and precarity due to U.S. immigration laws.

Through her constitutional roles as Vice President and Presiding Officer of the Senate, Vice President Harris has the power to clear the path for legislation that will positively transform the lives of hundreds of thousands Asian Americans across the entire country. As the first Asian American vice president, Kamala Harris has the authority to undo a legacy of racial violence and open a new chapter in American history.

All she has to do now is act.

Michelle Liang is the Policy Manager at the National Korean American Service & Education Consortium (NAKASEC). Among other responsibilities, Liang coordinates NAKASEC’s internal and external strategy regarding efforts to support the passage of an expanded pathway to citizenship in the United States.

Raj Karan Gambhir is the Immigrant Justice Fellow at the National Korean American Service & Education Consortium (NAKASEC) where he primarily works on advancing the cause of ensuring the passage of a pathway to citizenship during the 117th Congress.

[xiii] Thomson-DeVeaux, Amelia. “Why Are So Many Democrats Considering Ending The Filibuster?” FiveThirtyEight (blog), September 23, 2019. https://fivethirtyeight.com/features/why-are-so-many-democrats-considering-ending-the-filibuster/.

[xviii] Scott, Dylan. “9 Questions about Budget Reconciliation You Were Too Afraid to Ask.” Vox, January 25, 2021. https://www.vox.com/22242476/senate-filibuster-budget-reconciliation-process.